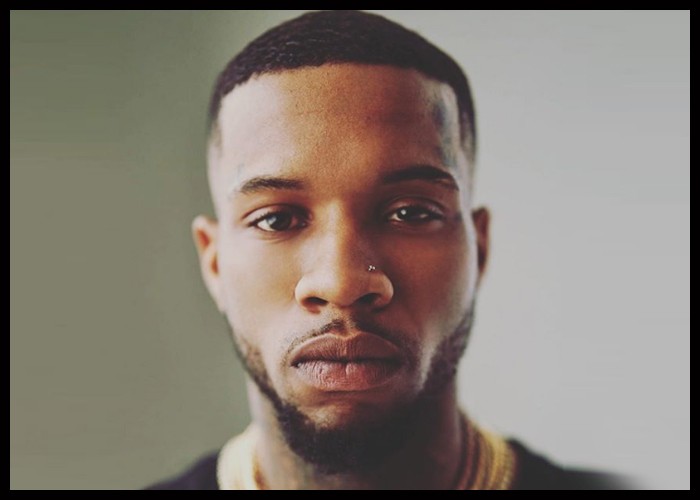 Tory Lanez, who is currently on trial for shooting Megan Thee Stallion, allegedly shouted “dance b***h!” before shooting at the hip-hop superstar.

The trial against Lanez, whose real name is Daystar Peterson, began Tuesday, December 14.

According to a report by Rolling Stone, the prosecution has claimed that Lanez fired a semiautomatic gun at the fellow hip-hop star’s feet in the early morning of July 12, 2020, with one detective testifying that Lanez shouted “Dance b***h!” before firing.

“[Megan] observed Mr. Peterson holding a firearm and then she observed him start to shoot,” said Detective Ryan Stogner of the LAPD, who interviewed Megan immediately following the shooting. “Megan immediately felt pain to her feet, observed blood, fell to the ground, and then crawled to an adjacent driveway of a residence.She described her injuries as bleeding profusely.”

Stogner added that Lanez “apologized” to Megan after the shooting and “offered her money and begged her to please not say anything and made a reference to the fact he was already on probation.”

Last year, the Canadian rapper was charged in connection with a shooting incident involving Megan, which resulted in the “WAP” singer being hospitalized. The incident happened during a roadside dispute following a pool party at Kylie Jenner‘s house.

He faces one count of assault with a semiautomatic firearm and one count of carrying a loaded, concealed firearm in a vehicle. If convicted on both charges, Lanez faces a maximum sentence of 22 years and eight months in prison.